It's often said the route to rifle accuracy is found in three B's—bullets, barrel, and bedding. While that's certainly an oversimplification, there's no doubt those are three critical areas that need to be addressed if looking to squeeze maximum accuracy from a rifle system. While accuracy requirements aren't as stringent for predator hunters as they are for some competitive disciplines, there's no doubt that an accurate rifle system will put more fur on the ground and make the hunt much more enjoyable. While it would take a book to address all the factors involved in making a rifle accurate, let's take a quick look at those three B's.

I'm old enough to remember when jacketed rifle bullets weren't nearly as good as what manufacturers are producing today. There's no doubt modern manufacturing techniques and quality control methods are giving us the best bullets ever made. Today's biggest challenge is choosing which bullet to use from the vast number of options available. A review of Hornady's catalog, for example, reveals about a dozen bullets in .22 caliber alone, which I'd consider suitable for some type of predator hunting.

Bullet selection should factor in the size of the animal being targeted and whether there is any intention to save the fur for the fur market or a personal trophy. As you'd expect, regarding terminal performance, a large wolf requires a considerably different bullet than a typical fox. However, the only way to tell if a bullet shoots accurately in any given rifle is to try it. I typically insist on minute-of-angle accuracy (roughly one inch at 100 yards) from my predator rifles, and if that's achieved, I'm good to go. 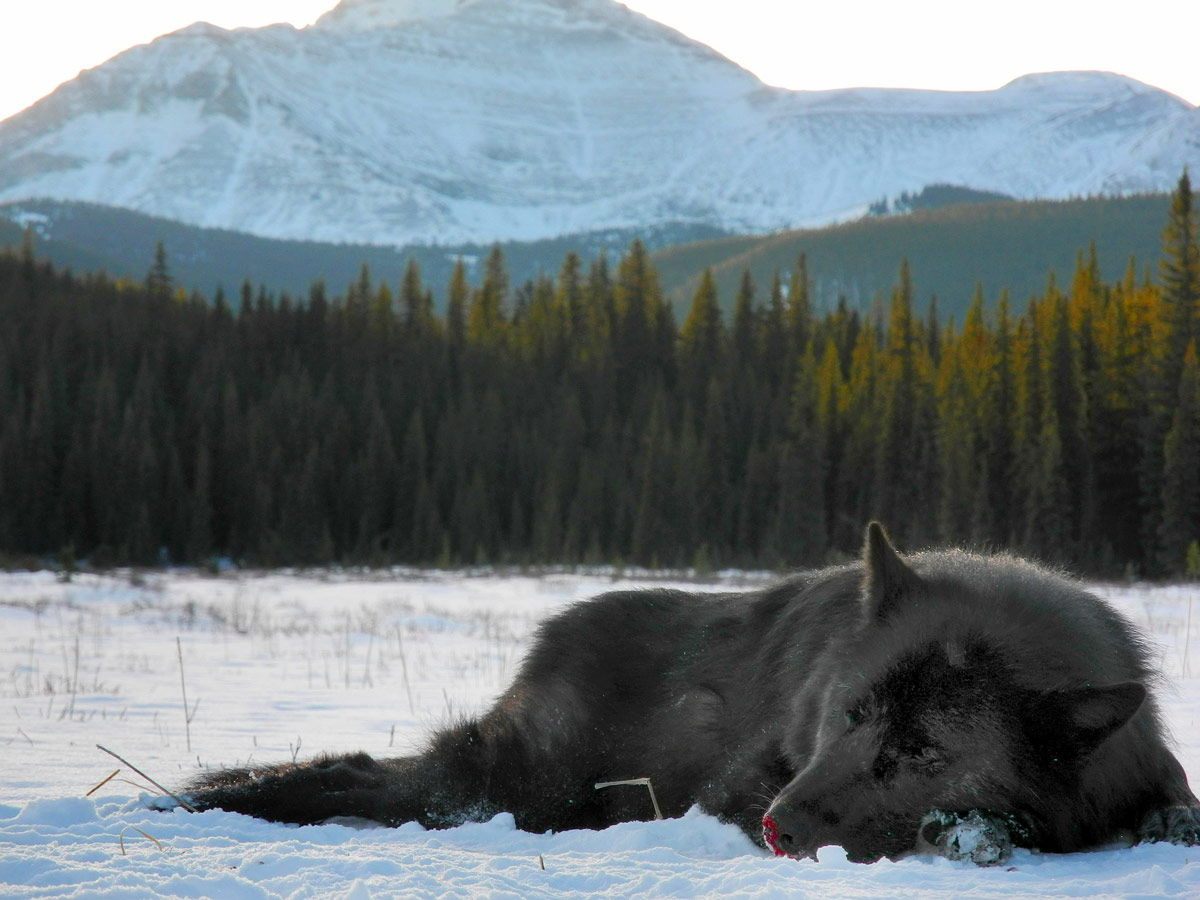 A large wolf requires a considerably different bullet than a typical fox.

Barrels are like bullets in that the overall quality we're seeing today is much better than it's ever been. This also means that actual shooting is required to find out if a barrel is accurate or not. While a careful examination with a borescope can tell us a lot about a barrel's potential, it's not definitive. I managed to prove this to myself again recently when one of the roughest factory barrels I've seen started producing wonderfully consistent sub-MOA groups. However, that barrel is an exception, and it takes far more cleaning time than a better-finished barrel, so it will likely get replaced soon.

More: How to Examine the Bore of a Rifle

New predator hunters often opt for heavy barrels for maximum accuracy. While those barrels usually shoot better than a standard weight barrel, especially for a long string of shots, the extra weight they bring to the hunt is not welcome in my world. With most shots occurring inside 200 yards and long walks in snow being the norm, I feel heavy barrels aren't worth it.

More: How to Clean your Rifle Chamber

Something I do prefer in predator rifles is a stainless-steel barrel. The harsh conditions of real-world hunting mean that with stainless steel, there is less chance of moisture causing corrosion problems inside the barrel, thus leading to longer service life. 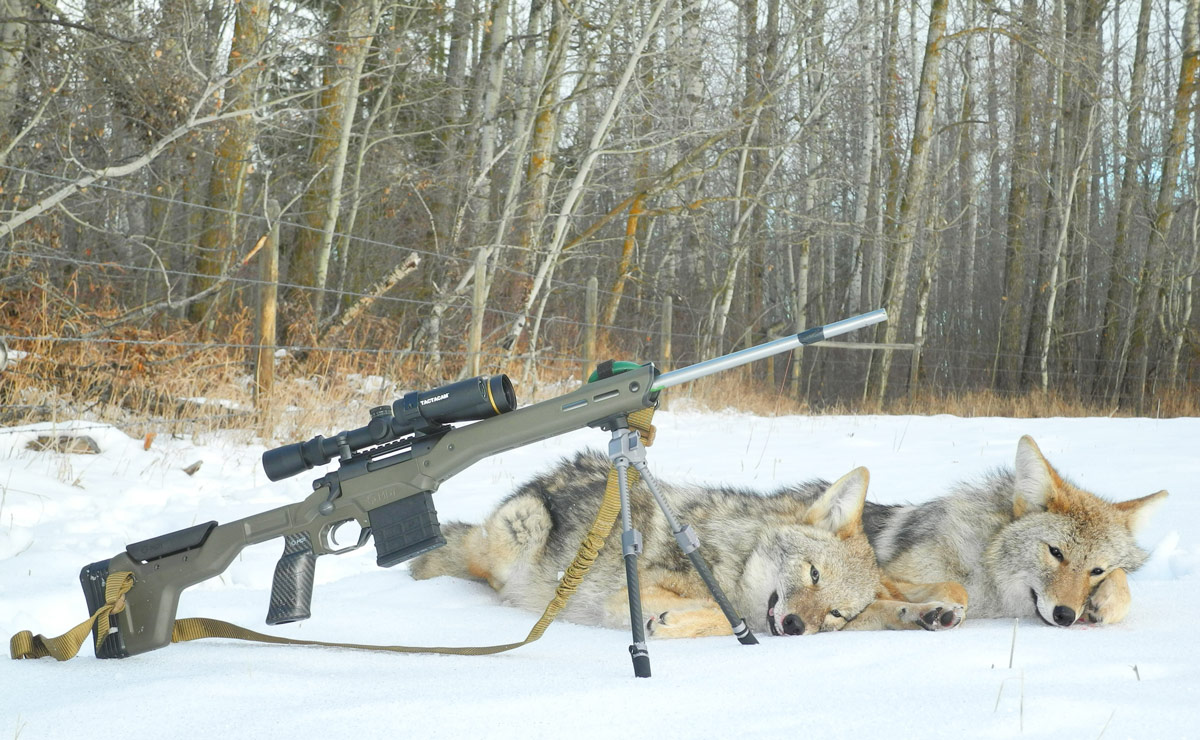 Good bullets fired from top-quality barrels won't produce acceptable accuracy unless the barreled action is correctly bedded to the rifle's stock. With wood or synthetic stocks, this usually means mating the two pieces together using an epoxy bedding compound. Bedding usually works very well, and I've used my fair share of rifles that feature this bedding system and will continue to use them in the future. However, it sure is nice to simply drop a barreled action into a precision machined chassis that uses a V-block bedding system like MDT's, tighten the action screws, and know the rifle is solid.

A huge advantage for tinkerers like me is the ability to quickly swap compatible actions into a chassis and know the system will give me all the accuracy the barrel and bullets are capable of. With epoxy bedding systems, that bedding compound must be gouged out and the entire bedding process repeated. That's a significant expense, and it takes days to complete and cure.

While the options listed above are my preferences, you won't always find me with rifles with those features. The reality of testing and reviewing different rifle systems often overrides my personal preferences, and sometimes I have to hunt with whatever I am testing at the moment. Also important is the ability to hold zero throughout a season, which is usually months-long and falls during the coldest, most miserable time of year. So, consider a stainless steel barrel, a chassis, find or load a good bullet and go hunting. 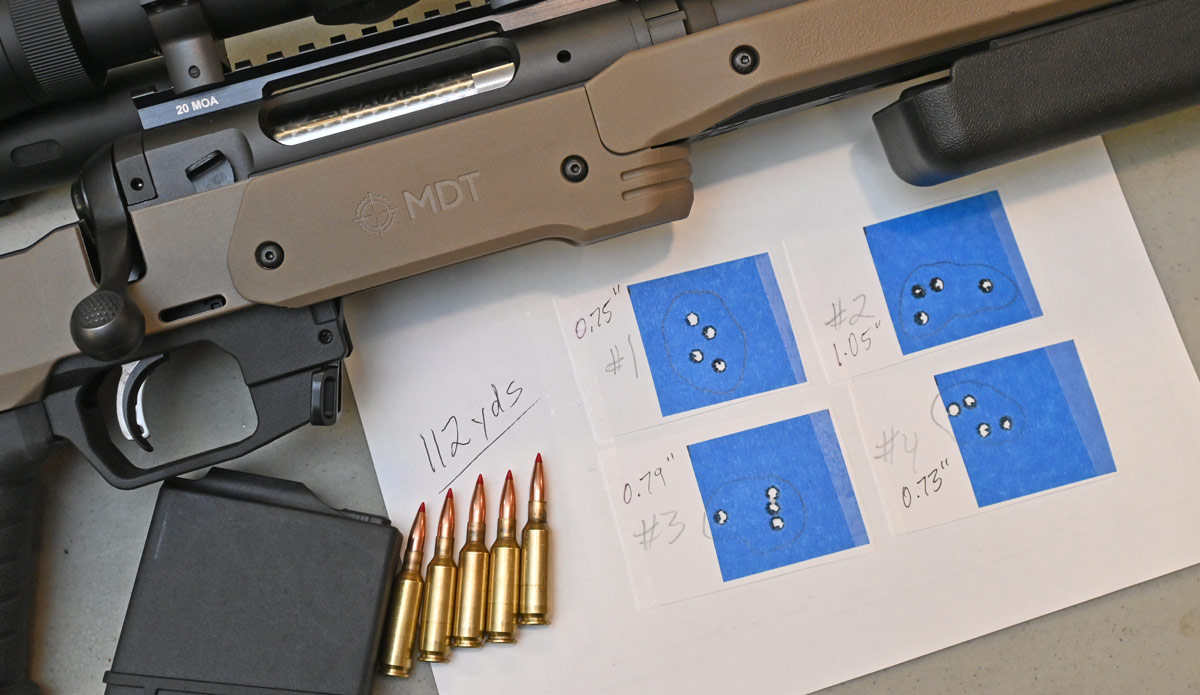 This .224 Valkyrie is easily capable of meeting the sub MOA standard needed for predator hunting.