Editor's Note: MDT Field Reports is a new series where we share our end user's thoughts and experiences with our premium gear. These articles are written through the lens of an experienced hunter or competitor or even a new shooter who is finding their legs in a new sport. We hope you enjoy this series. In this piece, Inside MDT Writer Marcus Hom shares his thoughts on the versatile MDT GEN2 Double Pull Ckye-Pod.

The MDT Double-Pull CKYE-POD is the most versatile and usable bipod available today. A bold statement to be sure, but hear me out. I have used this system for around nine months in field situations, from shooting over sagebrush to shooting in the snow. The only time this bipod did not come along was when weight was a critical factor. In this article, we will look at my bipod journey and discuss why I have settled on the CKYE-POD as a preferred piece of kit. 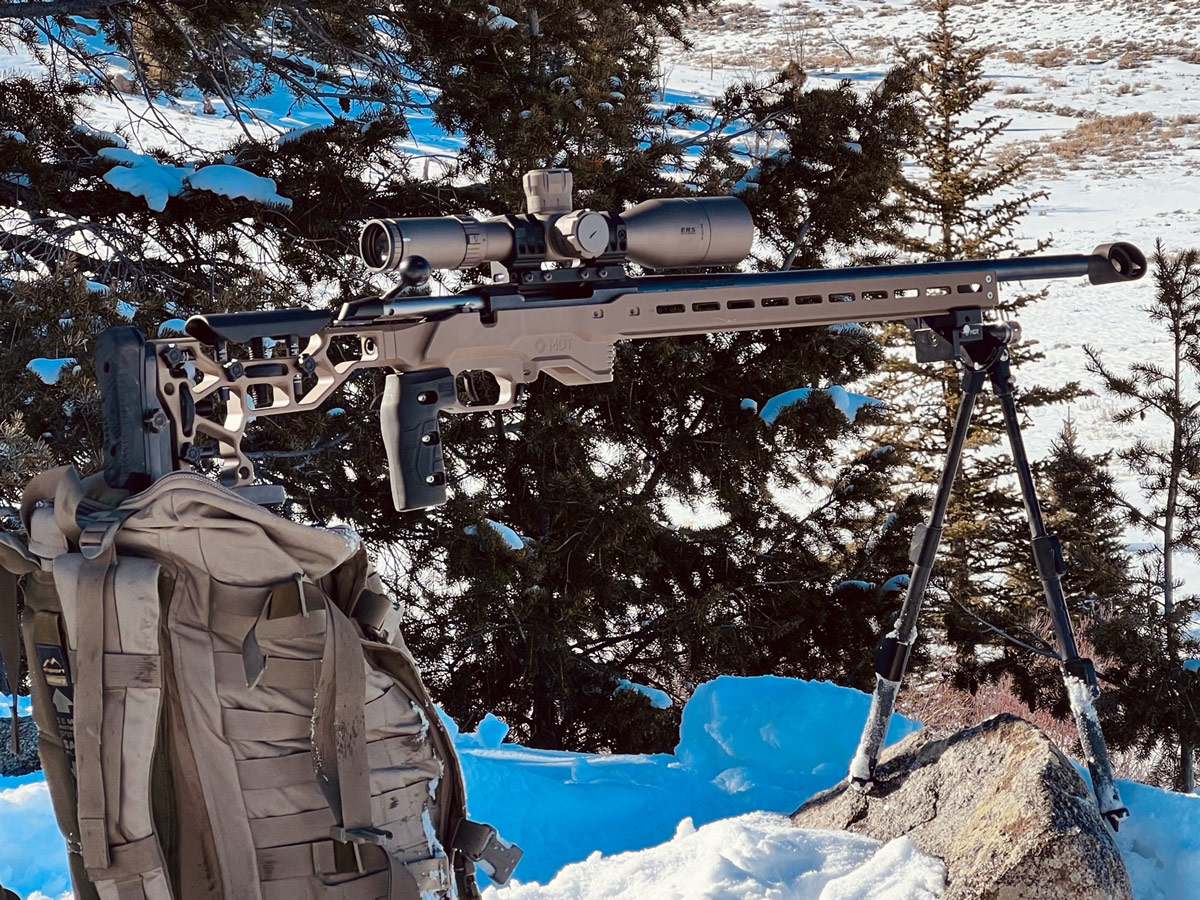 GOING BACK IN TIME

There was a time when my Harris ruled the roost, and the Harris S-BRM 6-9 was my "go-to" solution. The end user could adjust the height anywhere between 6 to 9 inches. It even had detent notches every 1/2 inch in between. Of course, 9 inches doesn't provide enough elevation for anything but prone, and even then, sometimes it is not enough depending on the angle of the shot and terrain features like a gentle downslope. The workaround was placing the bipod on top of a rucksack (backpack) to get a little more elevation. Needless to say, this added another layer of instability. I still remember a match I was at where I saw a novel solution to the lack of height offered by Harris. It was a clamp-on adapter on the legs that allowed for a second longer set of legs to be attached perpendicularly, so when legs were down, the longer legs pointed rearwards, and when the Harris legs were forward, the long legs were down. The system did allow the shooter to make a more stable shot from a seated position, but it looked cumbersome and slow to deploy in the field. The Harris S-BRM 6-9 is a good bipod. I will still occasionally use mine for general shooting on a flat range. 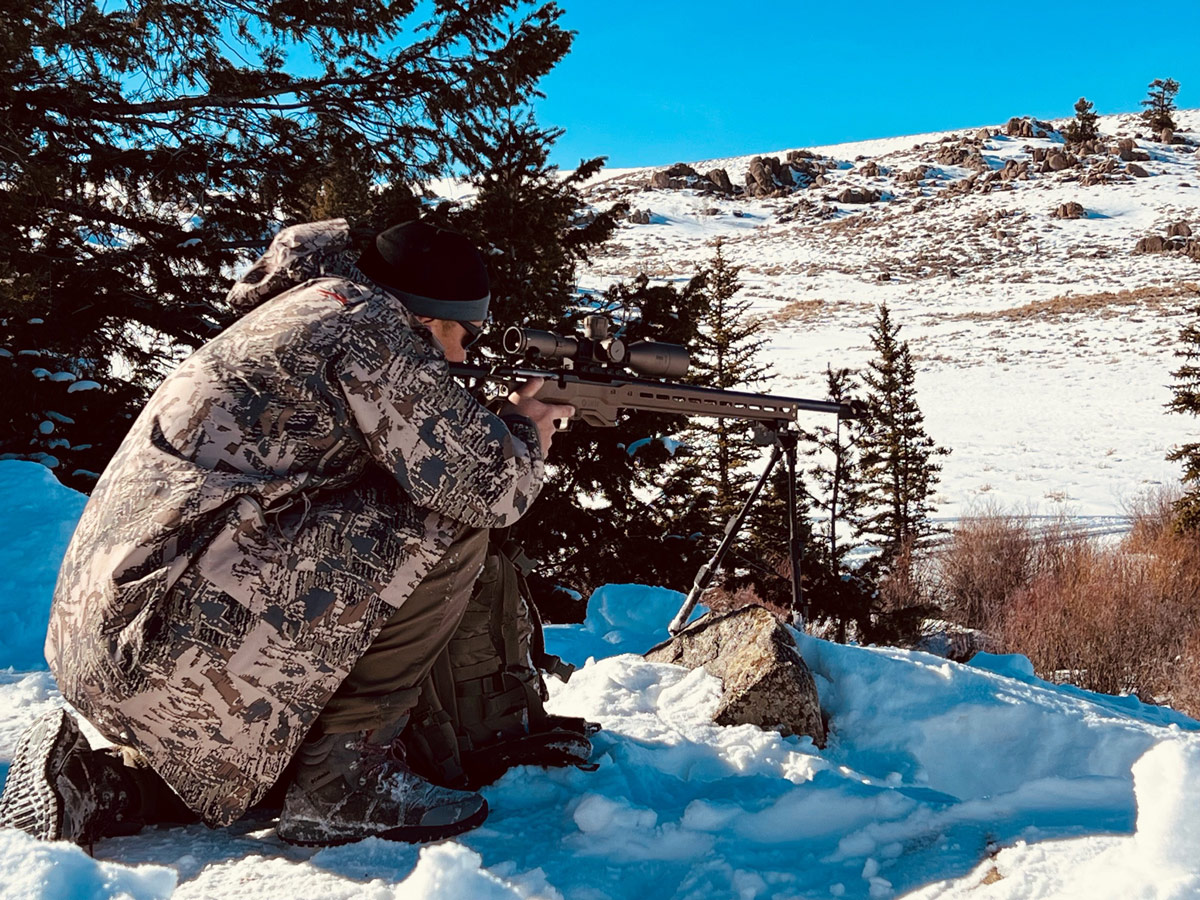 The MDT CKYE POD GEN2 is the ultimate bipod for stability.

The Atlas in its many forms from B&T industries, proved to be a significant step forward from the Harris. It offered the swivel/cant feature of the Harris and added the ability to pan and set the legs at a 45-degree angle forward or backward. Another notable feature was its ability to remove the feet quickly. This allowed for replacing the rubber feet with spikes and, or leg extensions if so desired. In addition to all these improvements, it was more robust than the Harris. Looking at these factors, it is easy to understand why the B&T industries bipod was chosen as the bipod for the US Special Operations Command (SOCOM) Precision Sniper Rifle (PSR) and is still in service today. 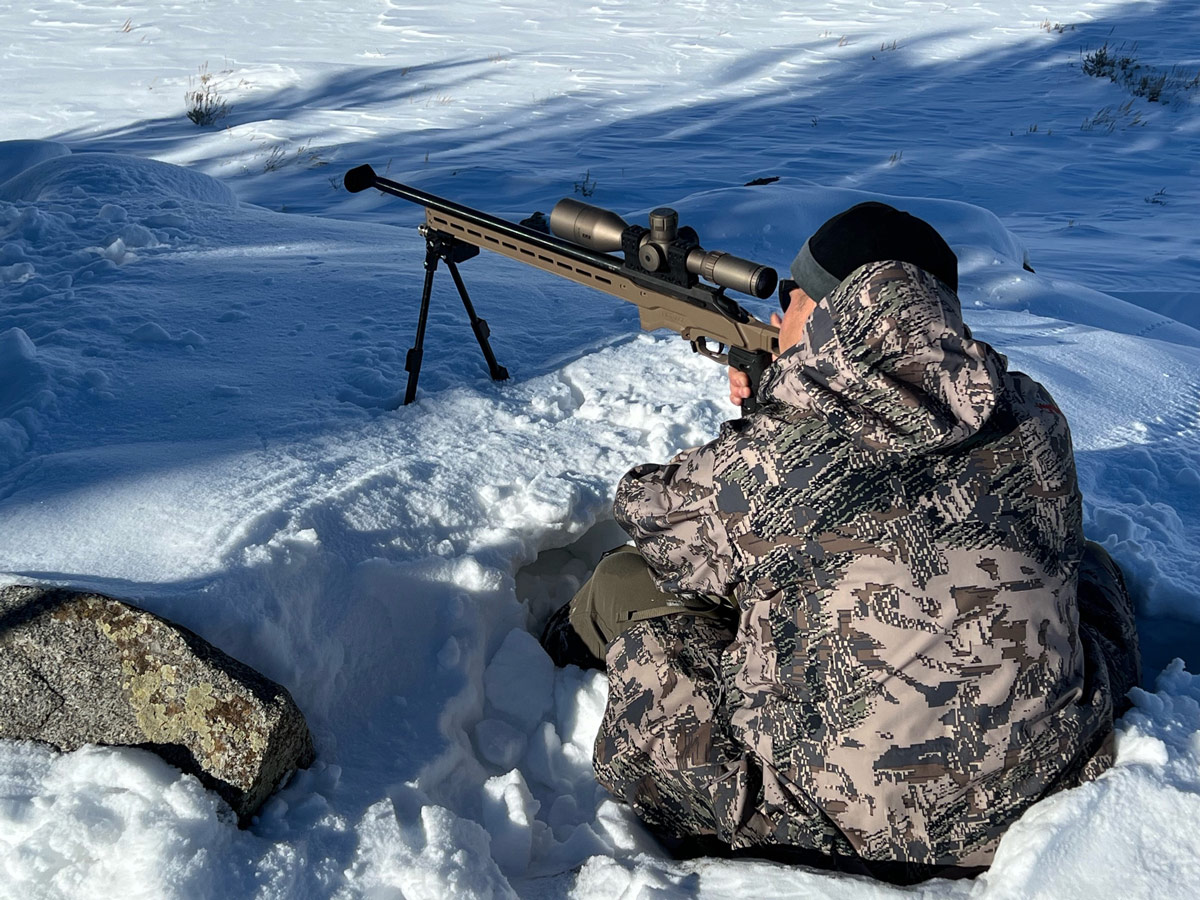 Shooting in a foot of snow. CKYE-POD and MDT ACC Chassis System. 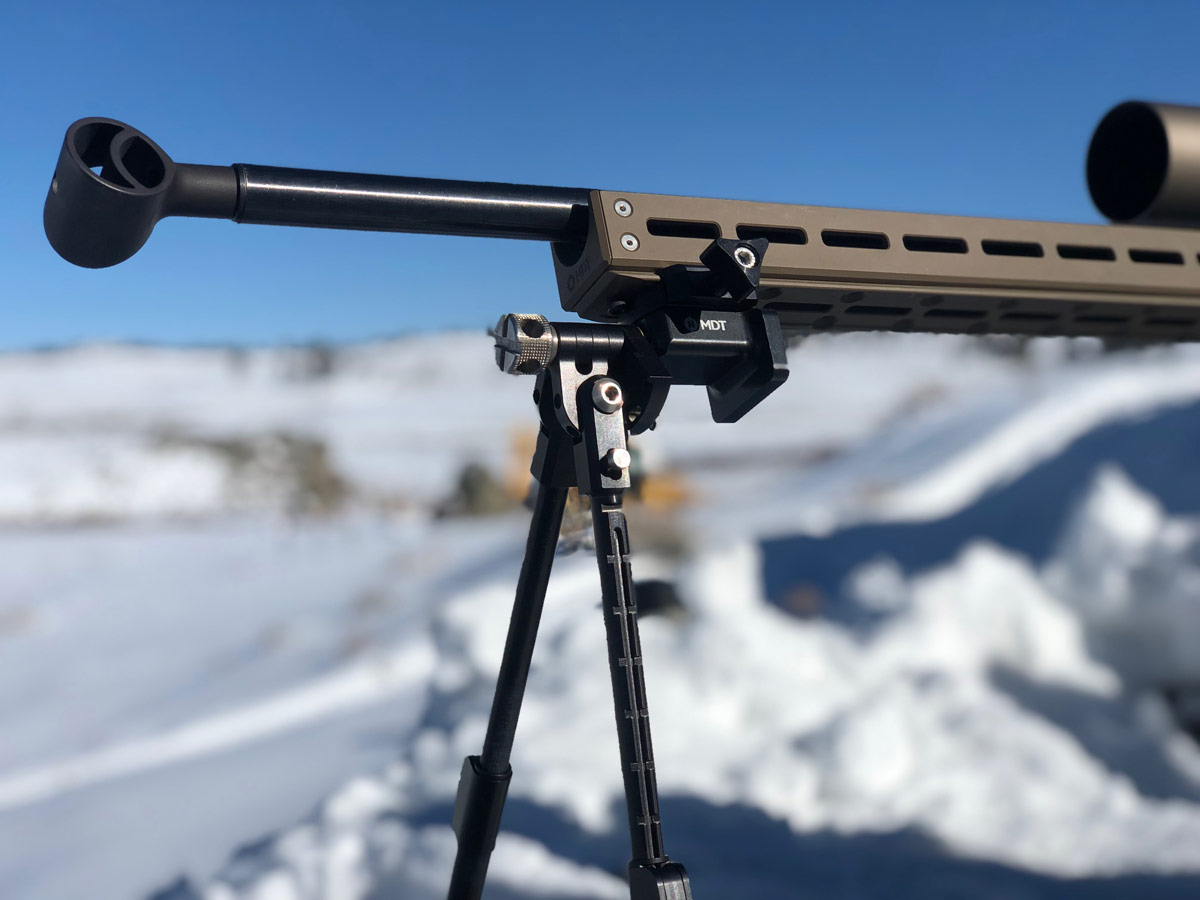 The MDT CKYE-PODs controls are intuitive and easy to use.

What sets the CKYE-POD apart from the competition? Versatility. All CKYE-PODs are versatile, but for the purpose of this article, I will be referring to the double pull model, which in my opinion, is the best of all worlds. Because of its ability to splay the feet apart(widen the stance), it can go as low as you could need for the prone position. (Lower than the lowest setting on a Harris 6-9.) On the other side of the coin, with its legs fully extended and set to the narrowest stance, it gives enough height to take shots from the seated position. It can pan, which some people prefer for a broad target array or for tracking moving targets. If you don't like panning, the CKYE-POD has a lockout feature. Finally, on the back of the bipod is a large flat surface running perpendicular to the bore. Flipping the unit around this flat surface can act as a barricade stop. The CKYE-POD is the king of shooting from unconventional positions.

All three bipods I have mentioned share some common features, like the ability to cant to level the rifle. Both the CKYE-POD and some Atlas bipods offer the ability to pan, but only the CKYE-POD can go from prone up to seated height in a matter of seconds. I will concede the CKYE-POD is significantly heavier and more expensive than the other options I mentioned. Still, there is a price to be paid for the utmost in versatility. I can say with certainty I have yet to encounter a field situation that required a bipod where the CKYE-POD was not the best solution. Regarding weight, I am shaking out the MDT GRND-POD, and I am so far impressed. I still like my Harris. I really like my ATLAS, but I love my CKYE-POD. Cheers!

Marcus Hom is a shooter through and through. Born to a pistol-packing mama, he has spent his entire life around firearms. Marcus spent much of his adulthood guiding hunts in Alaska, teaching CCW and precision rifle courses, competing in national-level matches, conducting research and development, and gunsmithing. Marcus is a former Federal Law Enforcement Officer.