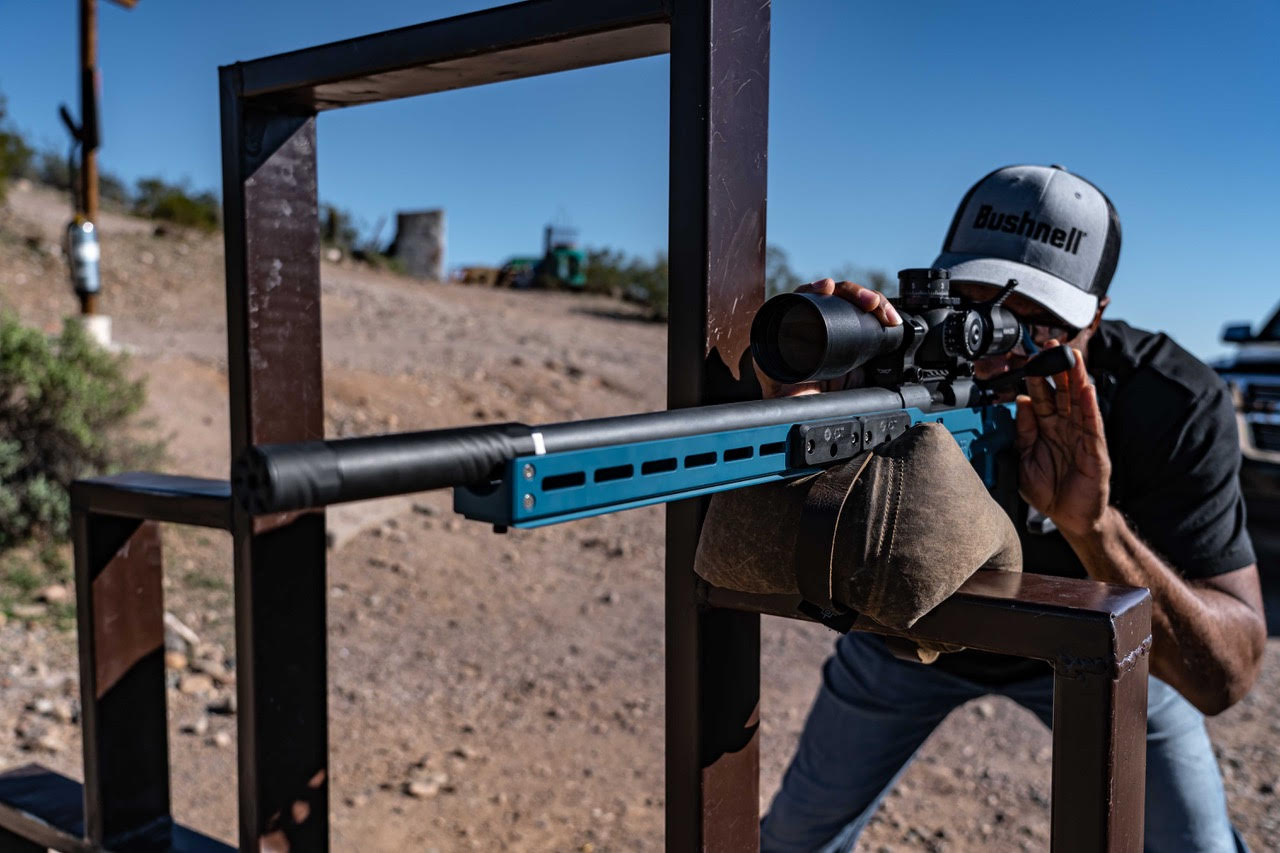 I have a few rifles. I like the option of shooting different calibers at different times based on my needs at that moment. Let’s face it; some rifles are better than others, given the scenario and location. In the sea of rifles, the one that is most useful to me, if I’m sincere, is my .22 LR.

There is no doubt that the .22LR is popular now, and it may be safe to say, more popular than it’s ever been, specifically from a precision shooting perspective. Many shooters have enjoyed “plinking” with a .22 pistol or semiautomatic rifle. It’s enjoyable and easy, if you will—low recoil, low noise, lower cost, and quite often, less of a logistical challenge.

If you are reading this, there's a good chance that you are aware of .22 focused precision shooting organizations, the most notable being the NRL 22 series. Started by Travis Ishida of National Rifle League fame, the NRL 22 series allows for highly competitive courses of fire, but within smaller venues and using props and barricades that are little more than ladders, chairs, and buckets that most anyone has laying around at any given time. The series allows shooters to focus on the shooting with less emphasis on an arms race that so often develops in other factions of competitive shooting, a nod to precision rifle shooting. But don’t get me wrong, .22 LR rifles and accompanying gear have come a long way. More to come on that.

My first serious interaction with the .22 came in 2016 when I had a custom CZ 452 built with an integrally suppressed barrel. Quiet? Indeed. Insanely quiet. But that was not the most impressive part. The accuracy and range of the rifle was, and still remains, far and above what I thought was possible. Well, under MOA at 100 yards (.582 inches), it is very consistent at, dare I say— 600 yards. Yes, when I picked up the rifle, the builder had me making regular hits on a full-size IPSC at 600 yards using subsonic ammo. I say regular because we know the 22 is victim to a host of factors that your centerfire cartridges are less affected like the wind. That said, for every ten shots at 600 yards, we landed at least four, and the misses were slight. 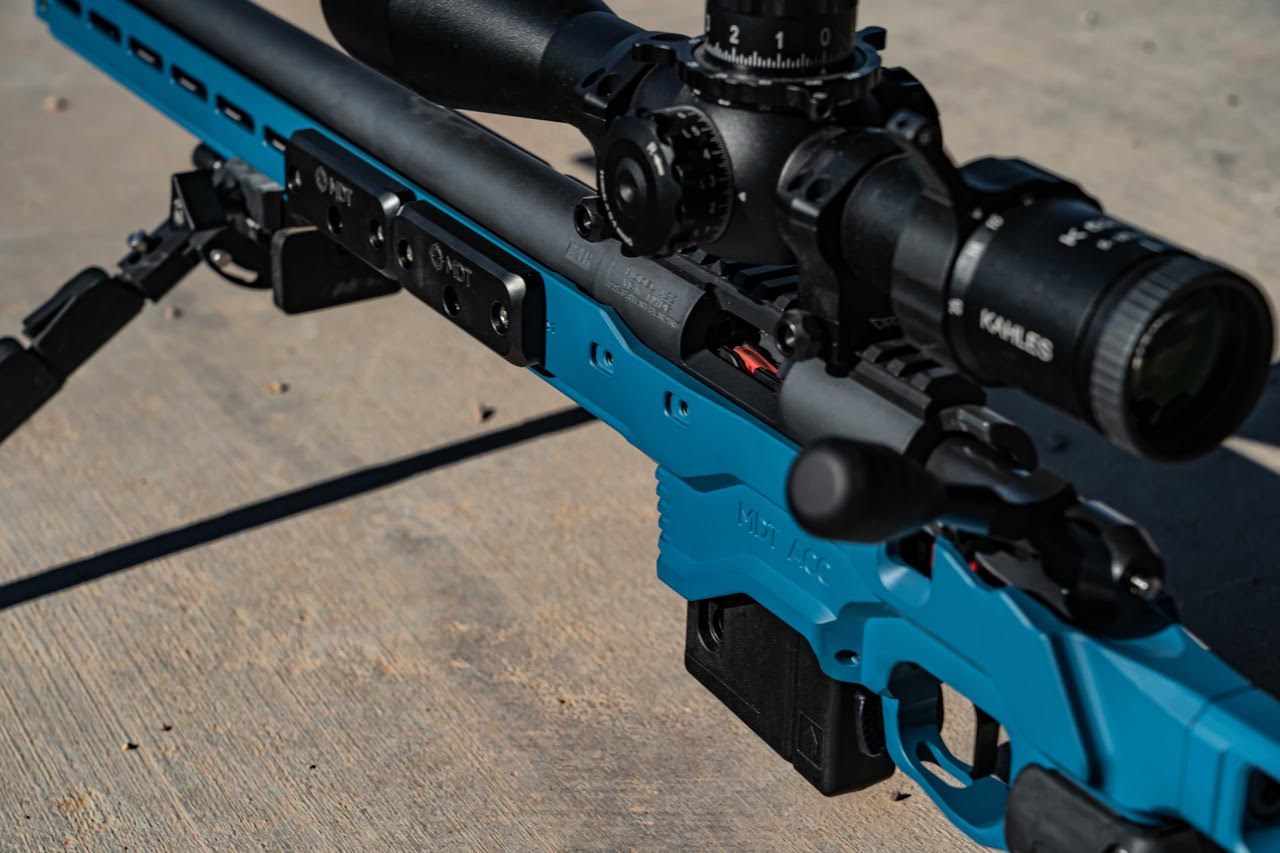 I used that same rifle to dispatch many critters around the pond I once lived near. Beaver, muskrat, field mice; they all heard the trumpet’s call thanks to that trusty, bolt action .22. My most impressive feat? 135 yard shot on a swimming beaver with roughly a 2 inch wide and 5-inch long visible target area. 3.1 MIL of elevation with roughly a .5 MIL lead led to a first-round impact. If you want to know more, DM me. I’m still dispatching critters and nuisances to this day.

With the advent of modern precision .22 actions such as Vudoo, Gunworks, and Zermatt (there are others), shooters can now build a trainer to near-identical specs as their centerfire rifle, which allows for hours of inexpensive training. The downside is not what you think. It isn’t a lack of recoil but instead the short bolt travel. You can mimic everything from addressing the rifle to trigger manipulation and follow-through, but the short bolt throw means you can’t work on that aspect. But that shouldn’t be a deterrent.

During a recent conversation with a high-level precision rifle competitor, he revealed to me that he never shoots anything but .22 LR for training between matches. He can do it at home, from his back patio, in limited space. The major skillset challenges he revealed were that of stability and follow through. The time the bullet spends in the barrel compared to the average centerfire round is significant. Thus your stability and follow through need to be exceptional. That hit home with me as I’d never really thought about it quite like that. 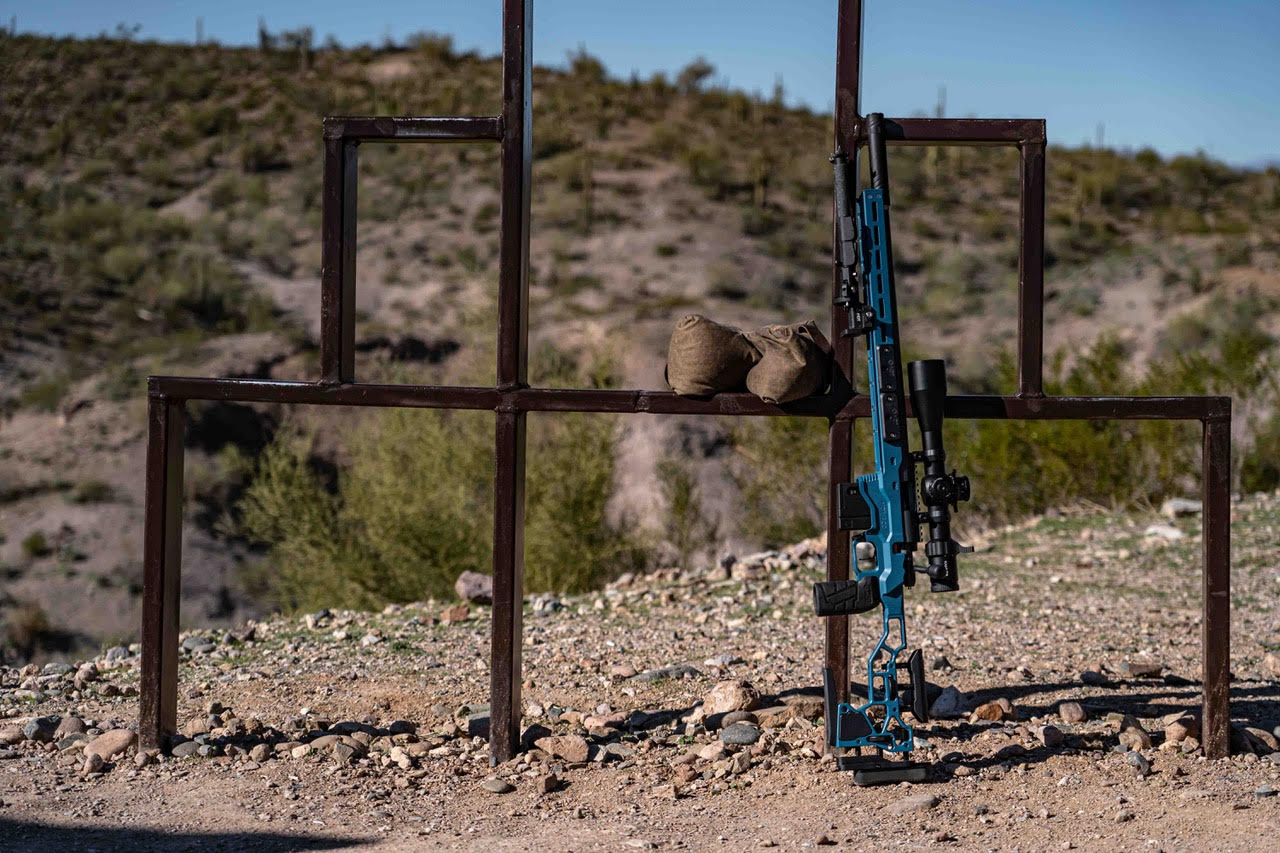 I’ll touch once more on real estate and the minimized real estate necessary to train with .22 LR. If you live outside of city limits and can shoot on or near your property, the .22 opens up many possibilities and could mean more frequency in trigger time. I live on a few acres, but I still have neighbors. While I could probably shoot 6.5 Creedmoor, it would be frowned upon if not negligent in many ways, even with solid backstops. The .22 lets me shoot with less worry of a round passing through the backstop and traveling hundreds of yards to God knows where. The addition of a suppressor and subsonic ammo means no one is disturbed, and velocities come down even more. With that, follow through, and stability get further reinforced.

What’s interesting about shooting .22 is that it can be economically advantageous or absolutely wallet-draining. It depends on what you want it to be as a shooter. If you want a .22 that is the physical equivalent of the typical centerfire rifle, you’ll likely pay the same amount for a full setup that includes the barreled action and chassis. The barrel and action on the aforementioned Vudoo and Zermatt are dimensionally the same as an action for a rifle chambered in .308. All that’s different is the bolt face size and the hole in the barrel, which can be had in the same length and contour as the big boys. Basically, it’s a custom bolt action rifle— chambered for a smaller round. Be ready to pay the same amount as you would for any other short-action barreled action. 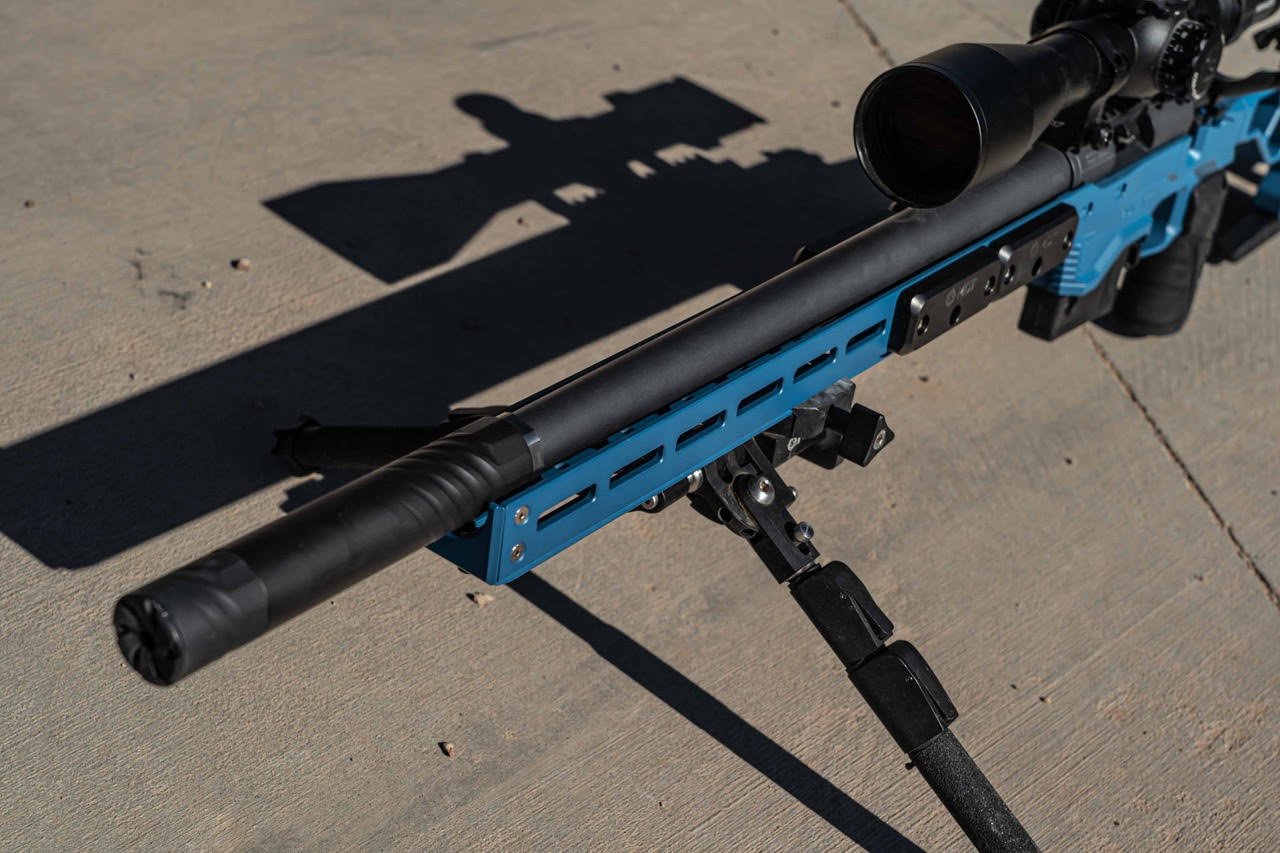 Other companies like Bergara, CZ, and Christensen Arms offer more affordable bolt action rimfires, but they are not all created equal as some take magazines that may not be ideal for what you are trying to accomplish. The CZ has a skinny mag, while the Christensen takes the rotary style Ruger 10/22 mag. The Bergara takes AICS size mags for centerfire-like consistency.

One of the great things about shooting .22 is that you don’t have to load for it. There is good ammo out there at varying price points and performance. Brands like Lapua and Eley are solid with low extreme-spreads and outstanding grouping capability. These will be on the more expensive end. I’ve also found that CCI’s Suppressed .22 performs well. There are many brands to try, so take the time to test as many as you can. 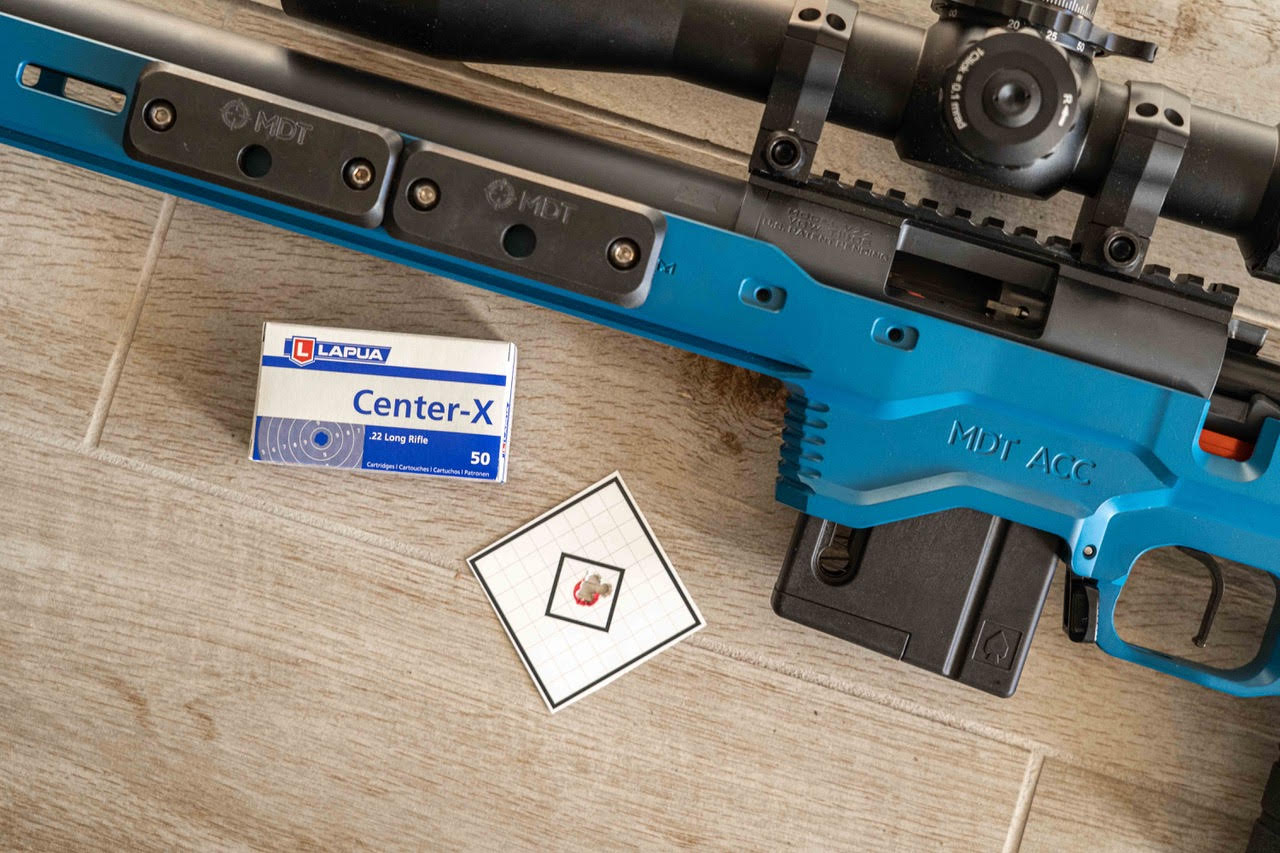 Far be it from me to tell any shooter what they need to have or do. But I will make strong recommendations from time to time and a .22, in the proper configuration, is one of them. As with anything else, do your research, take your time, ask lots of questions, and if at all possible, get behind the controls of several rifles to discover which one will work best for you.

—Send One For Me