Rimfire rifle shooters who chase extreme accuracy will usually focus on finding the best factory ammunition and lot number. Finding the optimal cartridge is a significant first step. Still, there's another angle left to explore, tuning the rifle with a torque wrench. Tuning is often an overlooked step that can make a huge difference in how well a gun shoots. Tuning involves torquing the rifle's action screws at different torque values, then shooting groups and recording which groups were the tightest. Tuning the action screws affects the harmonics of the system, which can increase or decrease group size.

Most quality rimfire rifles in use today use two screws to hold the stock and barreled action together. However, some inexpensive rifles may only have one. Rifles with a pair of screws are better because they typically allow the barrel to float free of accuracy-damaging contact with the stock's forend. Regardless of how many action screws the rifle has, the screws are usually found on the bottom of the stock, in the vicinity of the trigger guard. 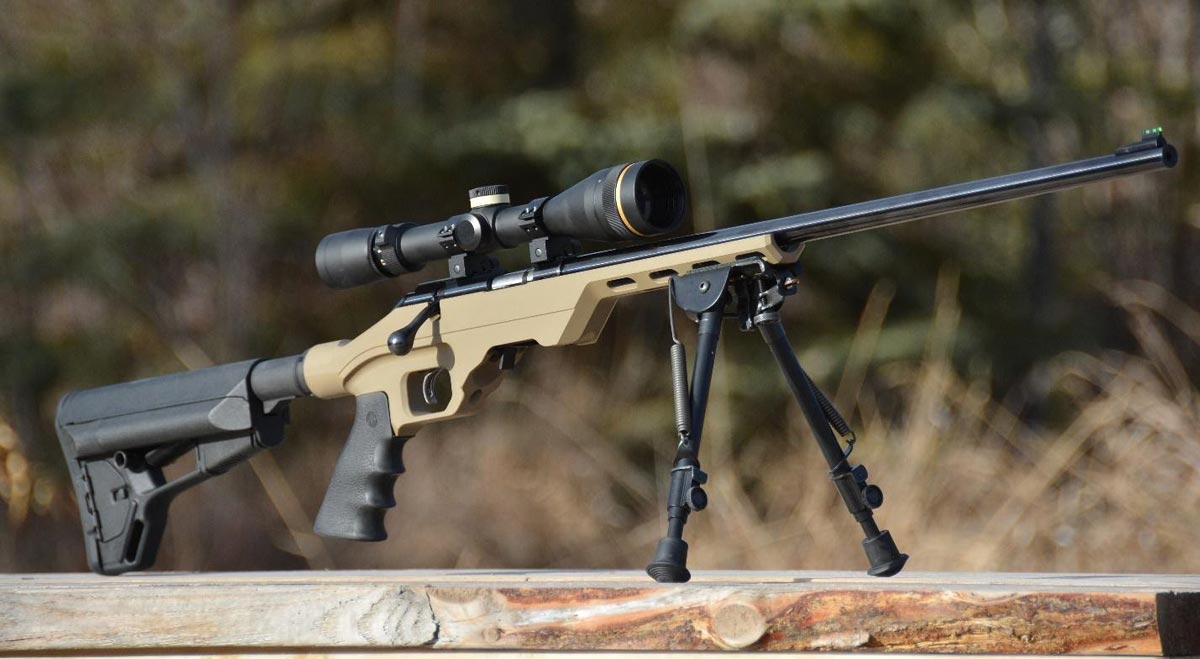 Whether the rifle has two screws or one, the degree to which those screws are tightened can factor in how well the rifle shoots. The tightness of a screw is measured using torque, which is simply a measure of the turning force applied to it. In the firearms industry, this is usually expressed using the Imperial unit inch-pounds. The greater the turning force applied, the higher the number; therefore, 20 inch-pounds of force is greater than ten inch-pounds.

In an ideal world, all rimfire rifles would shoot their best with the action screws tightened to one universal torque setting. Of course, that's too easy to be true, so a shooter interested in maximum accuracy must spend some time at a shooting bench experimenting with torque. Spending an hour or two shooting is never a bad thing, and if it means more accuracy, I think it is time well spent. 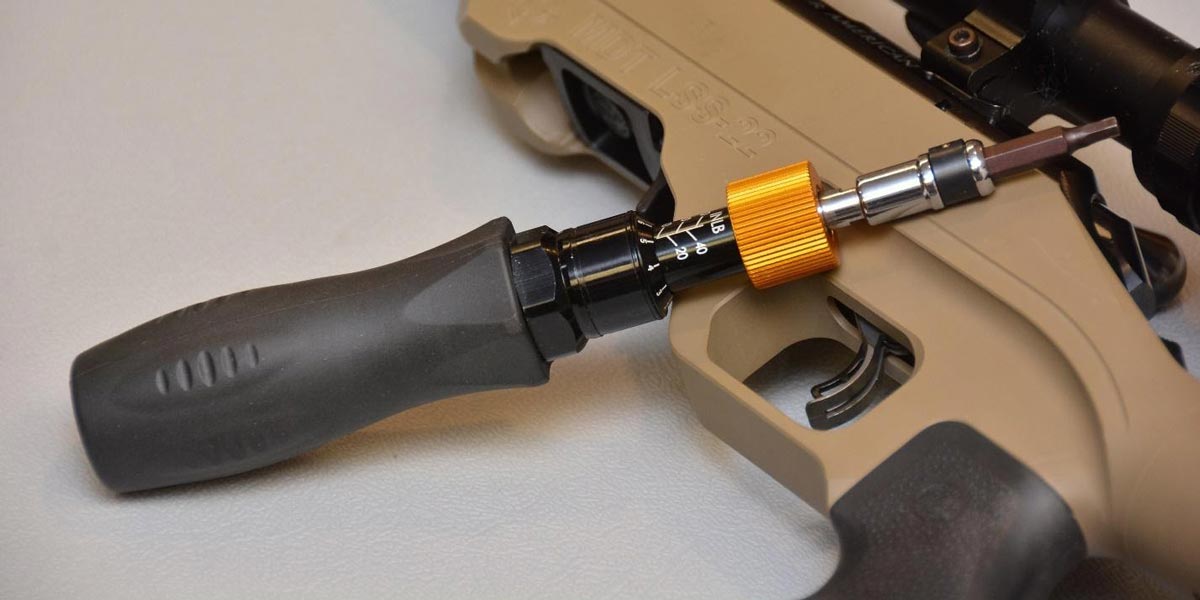 The first step to tuning your rifle is to source a torque wrench capable of inch-pound increments that will accommodate the appropriate screwdriver bit. Torque wrench sets are available from Wheeler, Real Avid, Weaver, and Vortex.

Tip: After you use your torque wrench, reset it to zero. This will maintain the calibration of the wrench.

With a torque wrench in hand, a rifle, targets, and a good supply of ammo, it's time to go shooting. As with any testing procedure, we're trying to eliminate human error, so a solid rest is essential. Because rimfires are sensitive to being pushed around by the wind, it's also important to shoot on a day with minimal wind.

When testing rimfires, an excellent place to start is a torque setting of 20 inch-lbs. Adjust all screws to that setting, and then using your best shooting technique, fire a ten-shot group at one target. After your first ten-shot group, add five inch-lbs and shoot another 10-round group on a different target. Keep adding torque in five-unit increments and shooting ten-shot groups until 40 or 45 inch-lbs has been reached. That's usually the upper limit I go to with rimfires. But please note that these numbers do not apply to centrefire rifles. Centerfire rifles typically have higher torque values.

Why ten-shot groups? Because we're trying to develop a solid statistical base for forming an opinion, and three or even five-shot groups do not provide enough data. Once you've generated half-a-dozen targets with ten shot groups and laid them out on a table, you'll likely see a pattern emerging. Typically, there will be a steady progression in group size toward and away from one specific torque value. That's the sweet spot for this rifle and ammo combination.

If no torque setting looks any better than the rest, you can likely assume your rifle has some other problems. Perhaps the scope is faulty or not configured correctly. Your bore needs cleaning, the crown is damaged, or some other issue is causing the problem. Could there be other errors like a gust of wind, or maybe even an out-of-spec cartridge?

Evaluate your results carefully, and if you doubt the data set from a specific group, back off the screws to where they are loose, then reset them to the desired torque and re-shoot the group.

The attached table shows the results I've achieved from testing three rimfires. Note the best and worst groups for each rifle. It's a significant difference. Setting the torque values of the action screws to the same optimal setting every time the gun is reassembled can yield an increased accuracy. 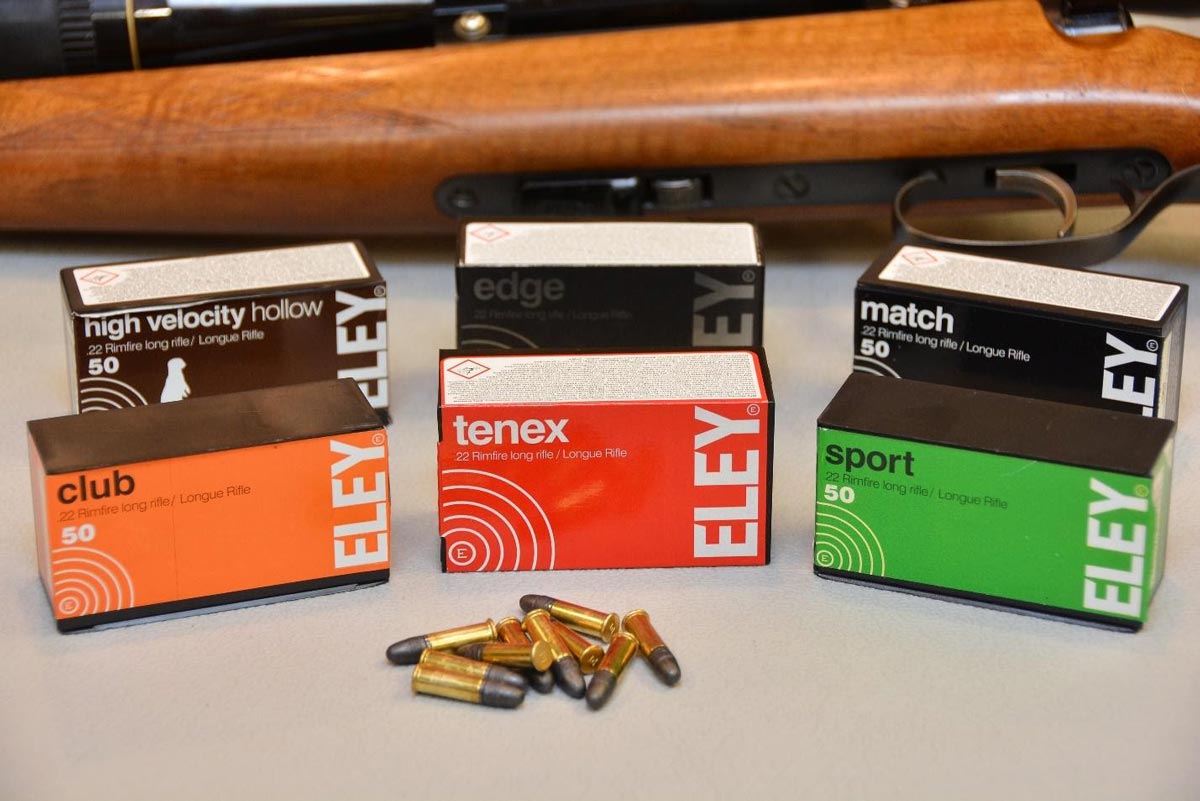