In the world of precision shooting, cartridge options are constantly evolving. Every year, there is some new cartridge that is supposed to improve on previous favorites. Sometimes there are legitimate improvements; sometimes, it feels like they reinvent the wheel.

The 6mm BR (Bench Rest) was created in the early 1960s for, you guessed it, bench rest competitions. Originally formed out of .308 Winchester as a wildcat, it would become commercially available in the late 1970s. Over the next 40 years, the cartridge was tweaked for various disciplines. In 1996 Norma, a Swedish company, introduced the 6mm BR Norma. This article will discuss the 6mm Norma BR, also known as 6mm BR Norma, and its use in PRS style competition.

Side note: This rifle may look familiar if you read my article on building a 308 Tikka rifle in May. Same rifle, different barrel. Read more about that here.

The 6BR and its variants are inherently accurate. In my experience with the 6BR, it's insanely easy to load for. Out of my 6BR rifle, a Tikka T3 re-barreled with a heavy Bartlein 1:8" sitting in an MDT ESS Chassis, the load development took one Optimal Charge Weight test to find the winning load. Here are the results from that: 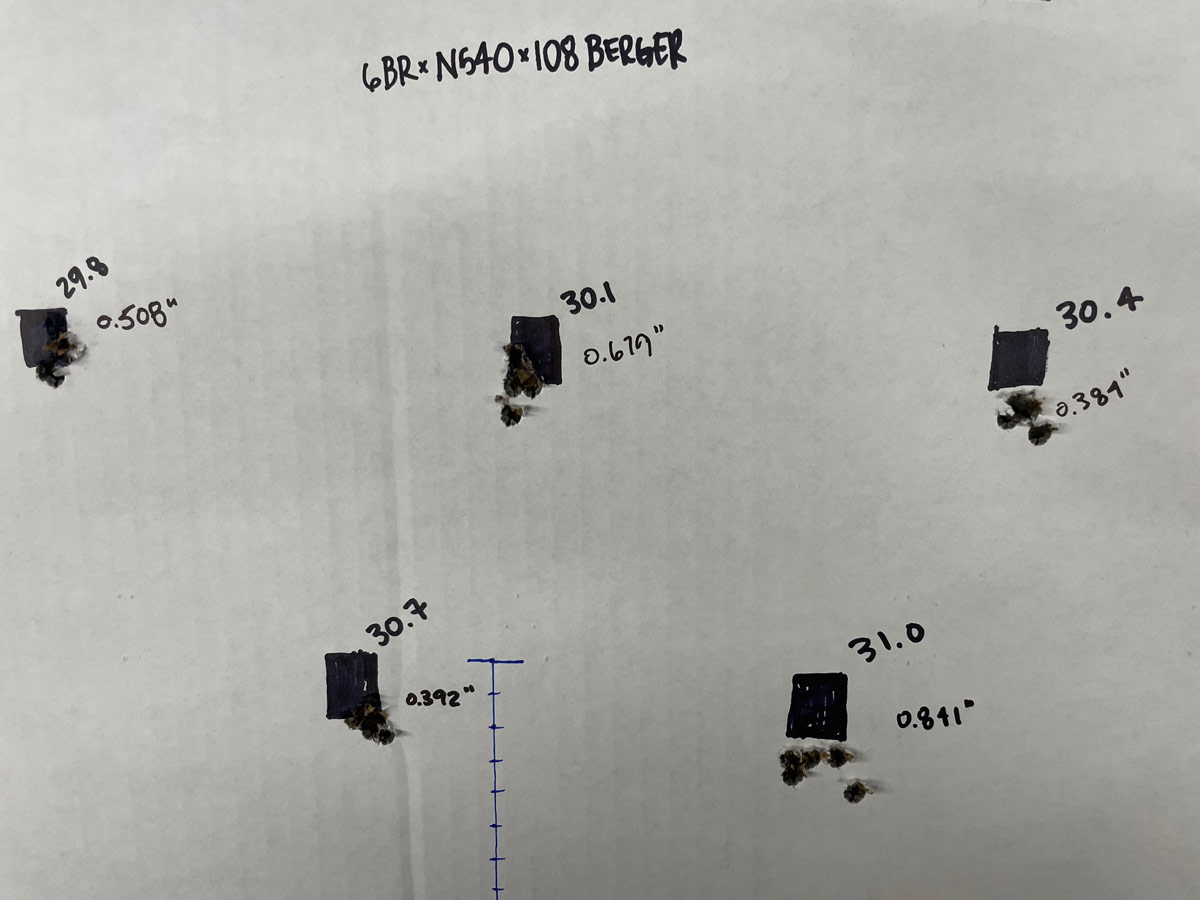 The 6mm BR Norma is capable of some extreme accuracy.

I've had 5 shot strings with a standard deviation of 0.5 fps and an extreme spread of 1 fps. I was speechless. 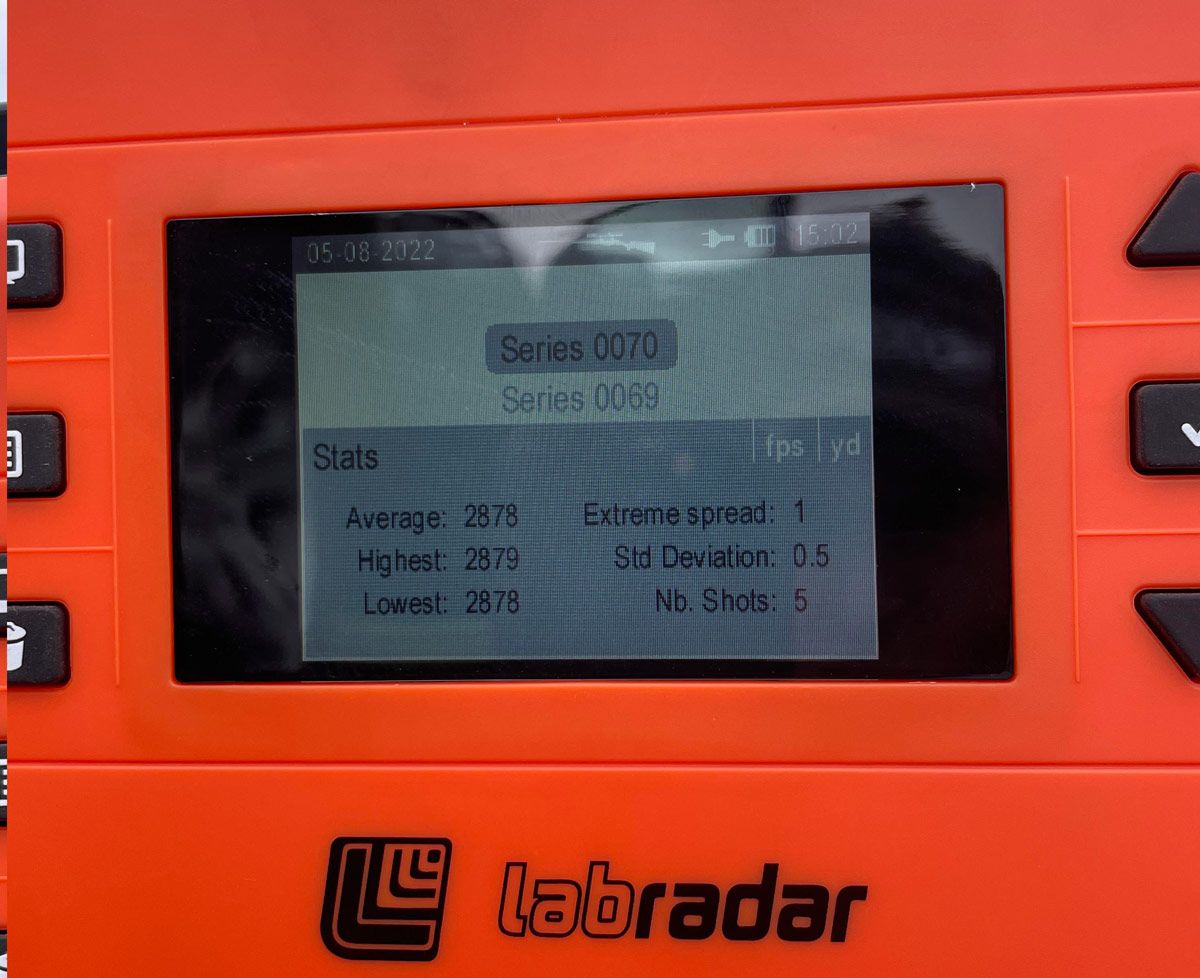 You get these results with about 10 grains of powder less than a 6 Creedmoor. You might be asking, "with these results, why mess with the cartridge?" and that's a fair question.

The two most popular 6BR-based cartridges I've seen in the space are the 6 BRA (6mm BR Ackley Improved) and the 6mm Dasher.

The 6 BRA has nearly identical dimensions with a 40° fire-formed neck. This allows for roughly 1.0-1.5 more grains of powder, leading to velocities in the 2950 fps range, about 100 fps more than the parent case.

The 6mm Dasher has the same 40° shoulder with 0.080" more headspace and a shorter neck. The typical velocities seen with a 105-grain bullet are also in the 2950 fps range but with more case capacity. The Dasher feeds from a detachable box magazine better than the BR and BRA, but it still has issues, which we will discuss later. 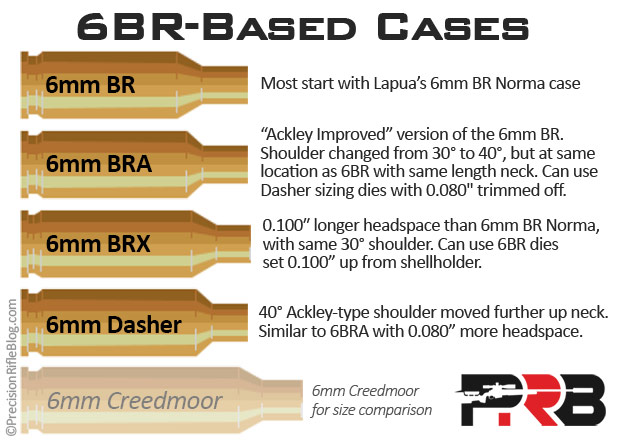 The biggest issue with the 6BR is severe feeding issues when using un- modified magazines. Since the cartridge is so short, the bullet's tip will run into the barrel under the chamber and get held up. It also risks popping out of the magazine's feed lips without making it into the chamber. This isn't surprising considering what the cartridge was originally designed for. Typically, bench rest shooters single-feed their ammunition, so magazine issues didn't exist.

6BR Norma and 308 Winchester. The 6mm BR Norma is efficient and versatile, great for competition but also hunting varmints and small game. 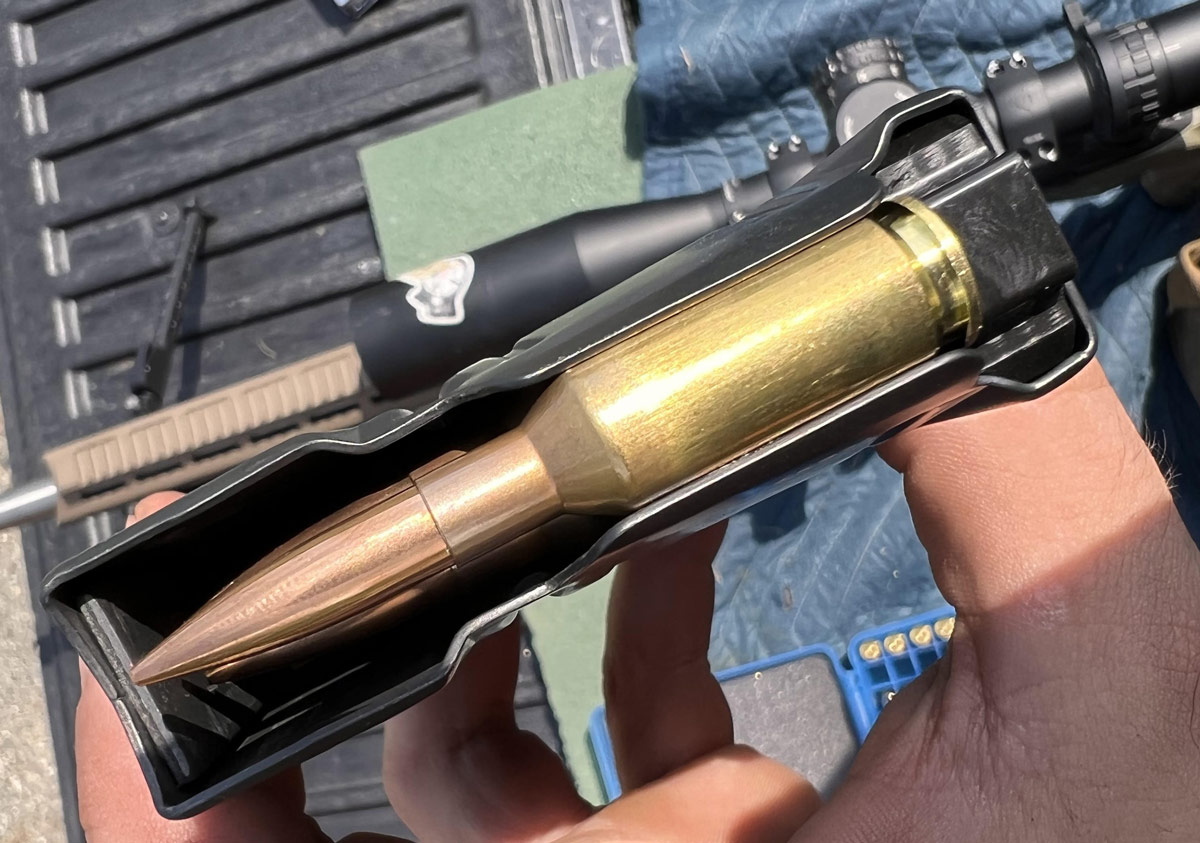 These issues are what led George Gardener to develop the 6mm GT. I am a huge fan of that; if you want to read more about the GT, check that out here.

Now you might be thinking, "Well, why even bother with the BR at this point if it can't feed from a magazine without tinkering?" Well, MDT took care of that.

The 6BR MDT Metal Magazine comes straight from the factory, ready to go with a binder plate and spacer. In my experience with the magazines, there have been zero feeding issues. 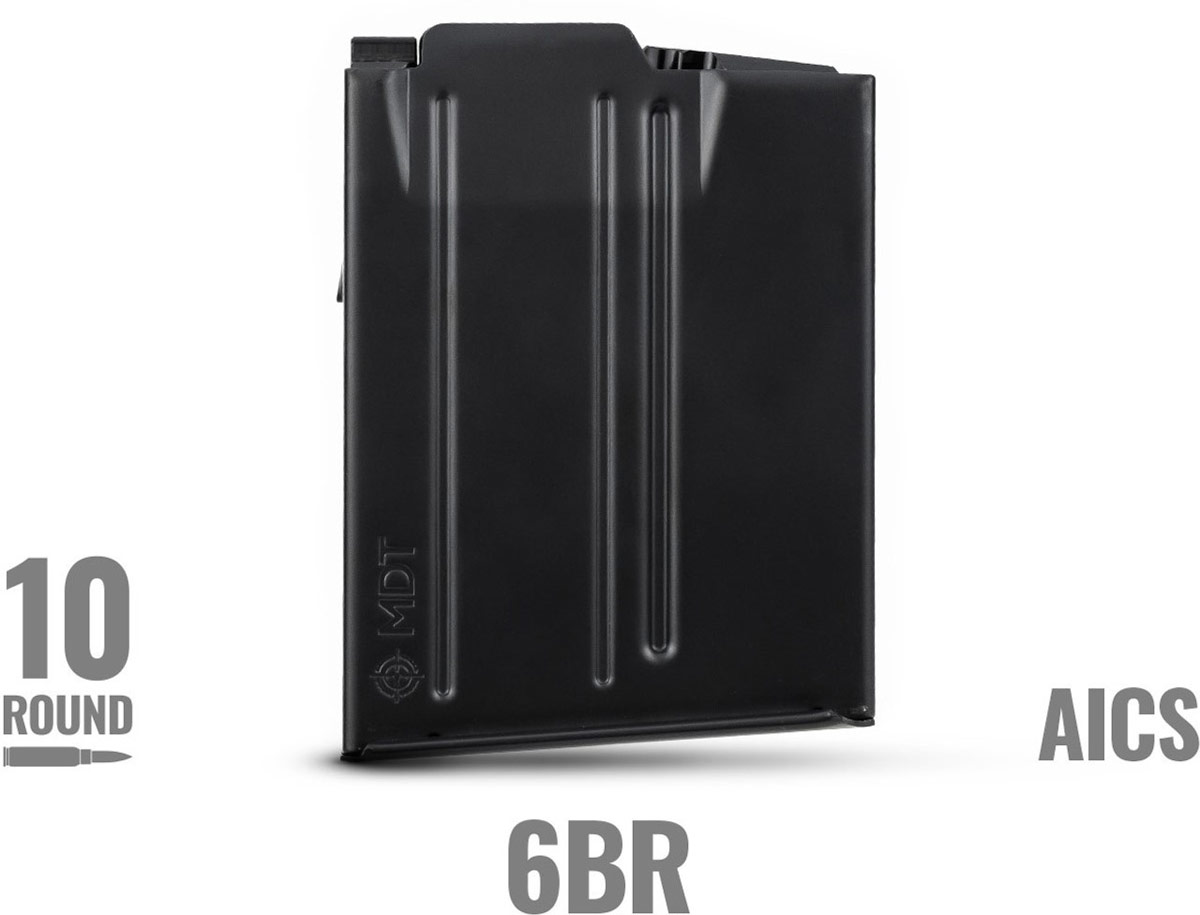 It's accurate, easy to load, uses a lighter charge, has very low recoil, and has commercially available brass. While the 6 GT is my go-to, I am a big fan of the BR. This year, I have built two 6BR rifles for friends I compete with (Keep in mind: the matches we shoot only go to 1000 yards). They hammer. No feeding issues, no problem hitting the long targets, no complaints, only praise.

Don't be fooled by the negative press; get an MDT 6BR Metal Magazine and let the lead fly. Thanks for reading!

William Maxwell served in the United States Army. After returning from his first deployment in 2015, he started building firearms and focused heavily on pistol and carbine training. In 2018 he fell into the rabbit hole of precision rifle shooting. He spends his free time competing, reloading, editing digital content and writing. He can be reached via Instagram @maddmaxxguns.