My regional PRS series has concluded, so it is time to reflect on the ups, downs, hits and misses. This season I did a little more traveling to shoot different ranges and meet new shooters. This ultimately was a significant benefit; while comfortable, shooting with the same people at the same venue will keep you stagnant. Before diving into lessons learned, I would like to discuss the gear I used in the Finale.

This year I built a custom rifle chambered in 6mm GT. The rifle features a Stiller Tac-30 action paired with a Bartlein Heavy Varmint barrel. The barreled action is sitting in an MDT ACC Chassis, and in my opinion, it's the best in class until the MDT ACC Elite model is available. The trigger used is a Trigger Tech Primary. 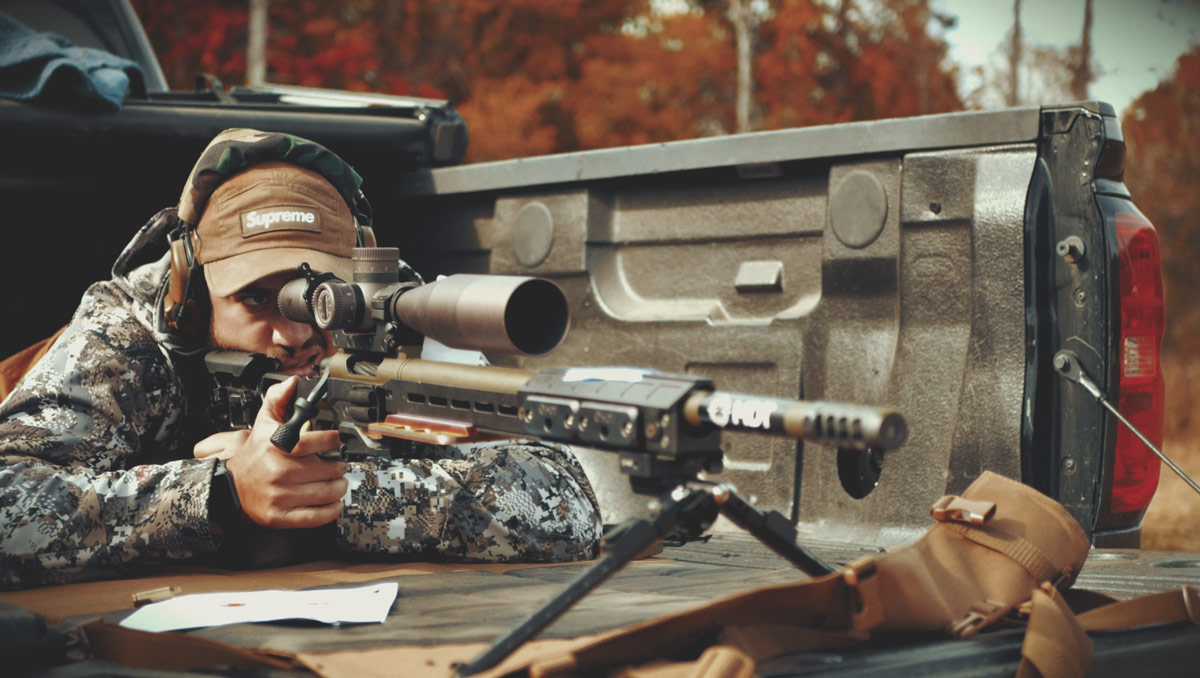 Now for the new stuff. I will go front to back for continuity's sake. I swapped the Area 419 Hellfire for the MDT Comp Brake. It performs like a dream; with 4 ports and disrupter ports, the gasses and concussion are directed away from the shooter, leaving you with little to no recoil. Behind that, the ACC Mirage Shield was added. While it serves the purpose of mitigating barrel mirage, it was more of an aesthetic addition for me. It also allows you to use a thumb-over-bore grip to shoot off a barricade without putting any pressure on the barrel. 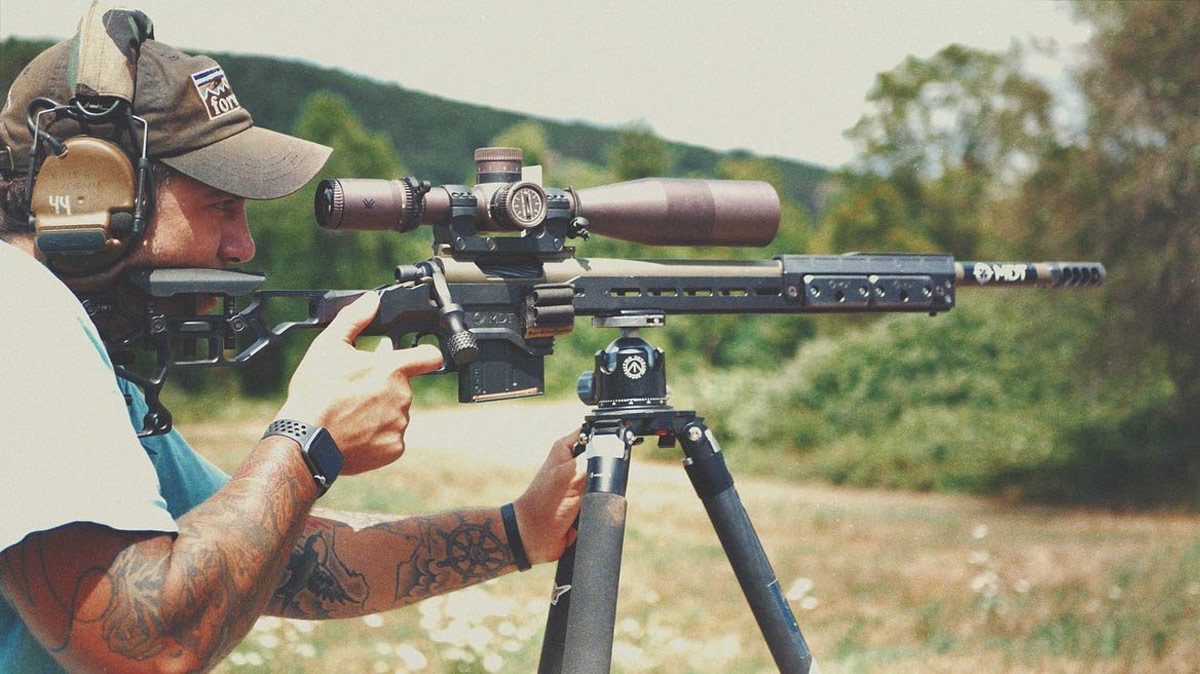 Also mounted to the chassis are two sets of M-Lok Exterior Weights, which help to reduce recoil and balance the rifle. My bipod of choice is the Lightweight MDT CKYE-Pod. Not enough can be said about the Ckye-Pod and all its variants. They're the best bipods in the game, hands down.

I am using a 3D-printed bag rider on the handguard in front of the magwell barricade stop. While this serves its purpose of aiding in stability while shooting off barricades and the like, I plan on upgrading to the MDT Baker Wings. Lastly, I upgraded my optic to the Vortex Razor Gen III mounted using the MDT One Piece mount. I absolutely love this scope. 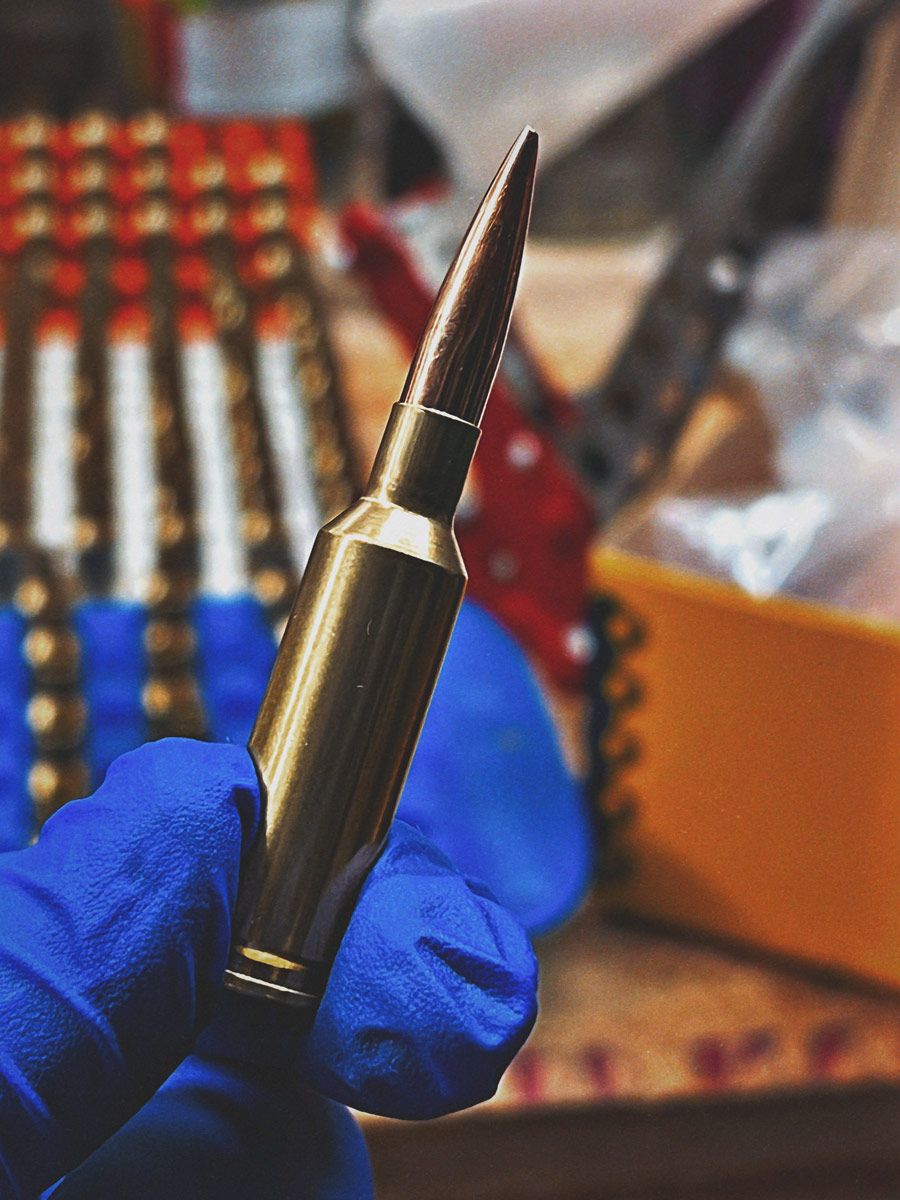 Quite impressed with the 6mm GT.

This season I used an Armageddon Gear Game Changer exclusively. I once overheard a top shooter say, "If you can be competitive using only one bag, then you have my respect." That's what I strive for. You'll often see people have 3 or more bags they walk around with. Between a rear bag, barricade bag, and 2 different types of pump pillows, it gets to be a lot. The Game Changer covers all bases for me. 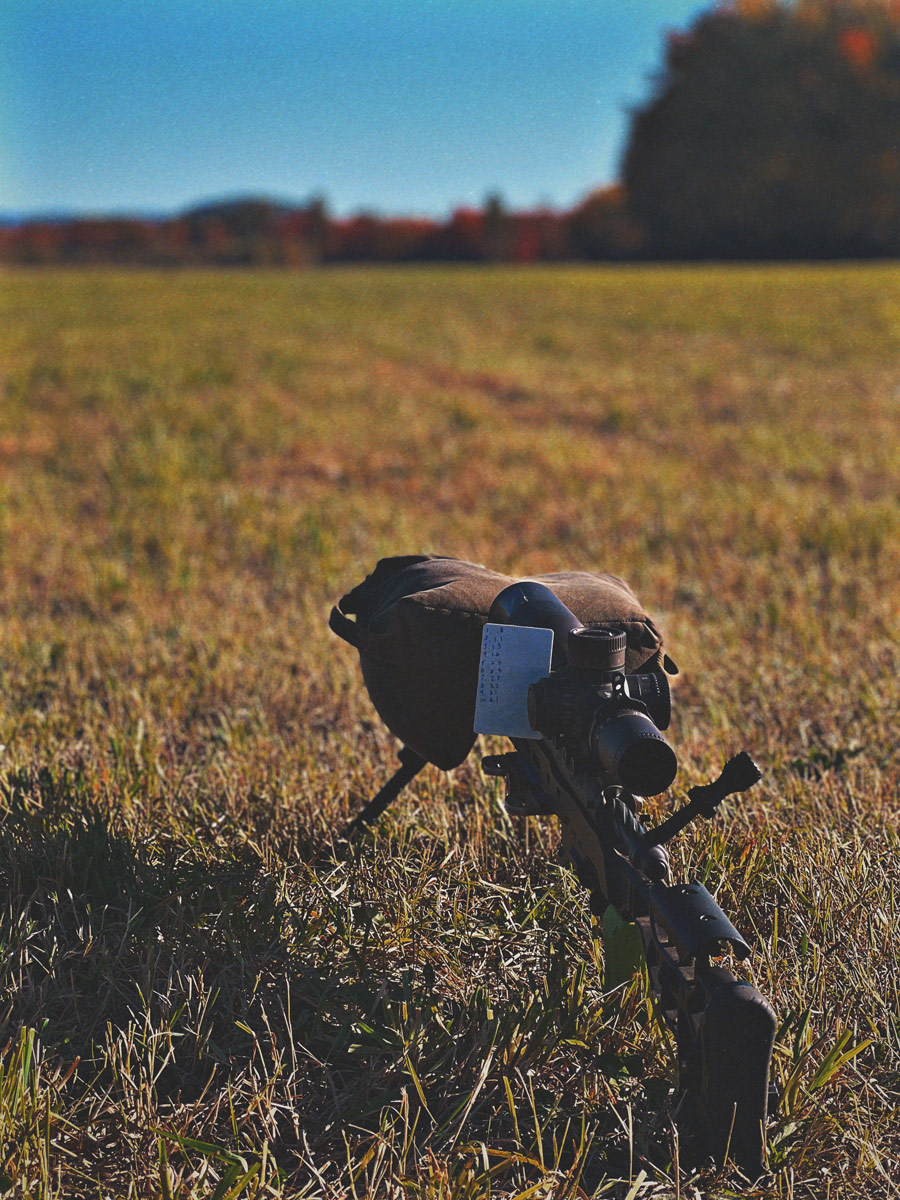 My preferred bag is the Game Changer from Armageddon Gear. 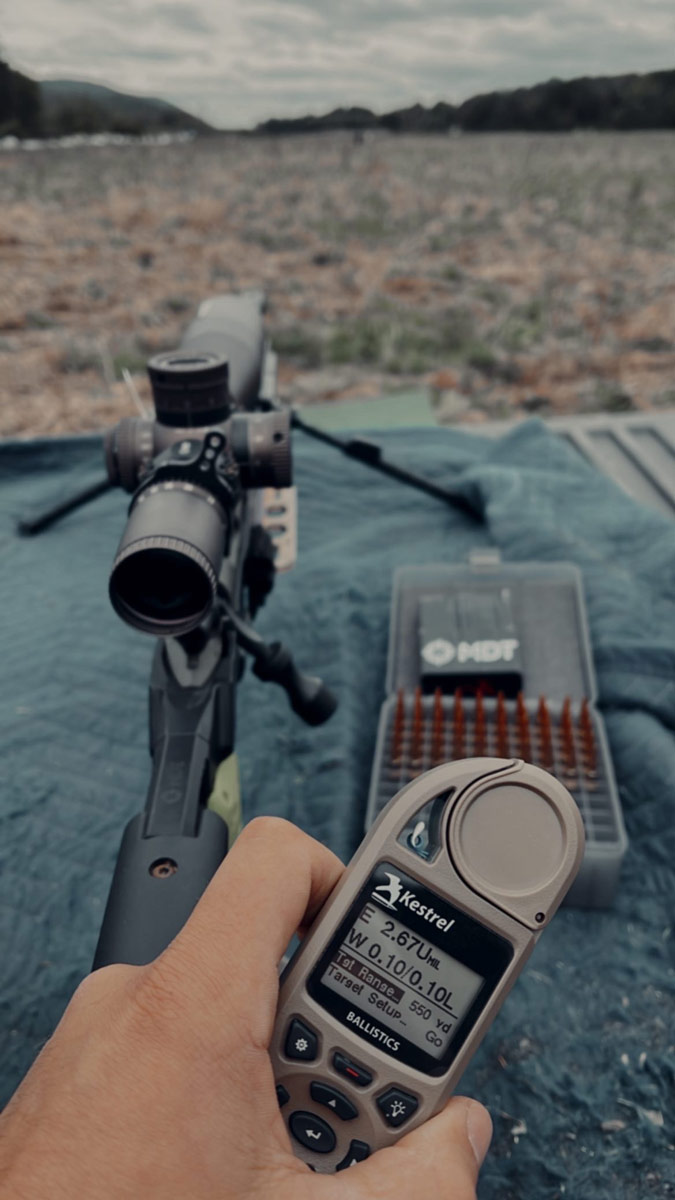 Kestrel 5700 is essential if you are serious about long range shooting.

The other new kit that has undoubtedly made the most significant difference is the Kestrel 5700. Previously I would write out a firing solution card with data from an online ballistic calculator using velocities found during load development. While that worked, it is certainly not the preferred method. The Kestrel makes life easier. That being said, some lessons needed to be learned to use it properly.

LESSONS LEARNED DURING THE 2022 COMPETITION SEASON

While the gear has been updated, the most significant performance improvements have occurred between the ears. This is where shooting with more experienced shooters comes into play. It blew my mind when they would ask if it was okay to give advice on how to improve my abilities. Would someone actually say no to that? Remember, folks: check your ego at the door.

Note: These will be listed in the order that they were learned. 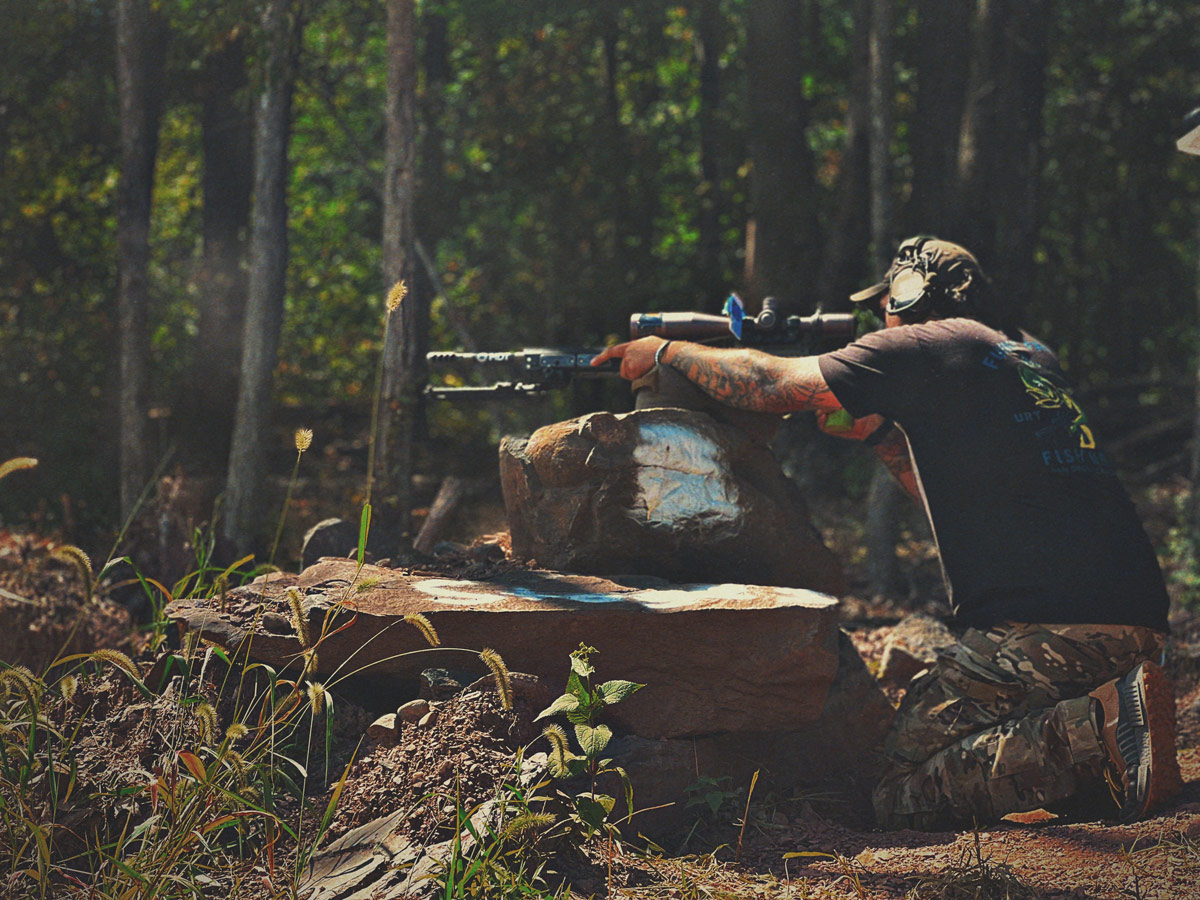 MOVING FORWARD INTO THE 2023 SEASON

This off-season will consist of A LOT of positional practice, recording my Rifle Kraft Drill results, and a ton of dry firing. Stay tuned for some fun projects moving forward, and go out there and shoot a local match. Thanks for reading.

William Maxwell served in the United States Army. After returning from his first deployment in 2015, he started building firearms and focused heavily on pistol and carbine training. In 2018 he fell into the rabbit hole of precision rifle shooting. He spends his free time competing, reloading, editing digital content, and writing. He can be reached via Instagram @maddmaxxguns.